skip to main | skip to sidebar

What They're Saying About Jeff!

Here's what people are saying about Jeff:

Jay Newman, Professor Of Physics, Union College: "If you travel at less than the speed of light, make sure you have What Do You Know, Kid? in your car!"

George Gilder: "Jeff Stambovsky? OK, what if Albert Einstein moved to Massachusetts and married Frank Sinatra? And then they hired Allan Sherman and Milton Friedman to tutor their golden child? Here's what you'd get: Incandescent satire, trenchant insights, acute prurient interest, investment genius, trading savvy, soaring bass, nearness to God, and agility with the pick and roll and triple play telecom. Plus lots of laughs. And aside from having plenty of fiber in your diet and in your coaxial cable, the best thing you can do for yourself is to laugh out loud. That's why you need Jeff."

John J. Donohue, Leighton Homer Surbeck Professor of Law, Yale University:
"The man is a genius!!! No one else could have pulled this off."

Joseph Epstein, Author and Essayist : "a complete and cool knockout....much cleverer than anything Allan Sherman did." (Holiday For Heretics)

The Story Behind The Song

I originally wrote this parody about six or seven years ago (I've since updated the lyrics to reflect later events). I snail-mailed a copy to Frank Rich (then still mostly a thoughtful theater critic) who responded with a really nice note telling me that he enjoyed it so much that he sent it off to Steve (Mr. Sondheim to you). A few weeks later, I got a personal note from Steve who claimed to be "very impressed" by my effort, further complimenting me for my "funny and fresh" rhymes, and for my "rhythmic sense" which, in Steve's opinion, "makes the whole thing very sharp". Let me repeat that: Stephen Sondheim sent me a personal note, pecked out on His own typewriter and signed in His own handwriting, lavishly praising my parody of a song that He Himself had written. (At this point you may, like me, choose to go back and re-read the previous two sentences.) A correspondence of sorts ensued, in the course of which Steve and I discussed, among other things, why Larry Hart is overrated as a lyricist and why I thought that Steve would really enjoy my parody show Holiday For Heretics, a CD of which I mailed to him under separate cover (see link to the upper right). A few days later, a bit of a chill seemed to creep into our relationship, and like Victor Laszlo seeking to chat with Senor Ugarte, I began to find the conversation a trifle one-sided. The smoke signals from Camp Steve were unmistakable: Don't call us, we'll call you.

In the event of a major natural disaster, after making sure that my family is OK, the first thing I'd run back into the house to save are the letters from Steve. I can only hope he feels the same way about mine.)

This recording features the sensational Ivy Austin on vocals, accompanied by Broadway legend Paul Trueblood on piano.
Posted by Jeff at 1:12 PM

When Your Lawyer Screws You...You Know Who To Call

Glenn Bergenfield is a great friend. He's also a great lawyer, the best legal malpractice attorney ever. You hire Glenn to sue your other lawyers when they screw up, which means, tautologically speaking, every time you retain them. Too harsh? OK, quick: tell me the last time you wrote your lawyer a thank-you note for a job well done. I thought so.

Glenn's a different kind of lawyer, though, and it's not just because he only goes after other lawyers, but also because Glenn always wins. Always. Automatic. Slam-dunk sure-thing money-in-the-bank automatic. As automatic as a Kardashian marriage falling apart before the honeymoon sheets are cleaned, that kind of automatic. It's gotten to the point where it's silly to even hold the trial when Glenn's representing, a total waste of taxpayer money and courtroom time. Picture in your mind's eye game seven of the World Series, the Yanks in control with a 7-run lead, two outs in the top of ninth, nobody on, and Rivera fresh from the bullpen for the final out. You're watching at home and biting your fingernails, thinking, "He could blow this."

Sure he could. Just like Glenn might lose a trial. Ha, ha, stop it, you're killing me. Not happening. I'm actually having trouble typing these words because their meaning contradicts the most predictable process in modern jurisprudence: You get screwed by your lawyer, you hire Glenn, Glenn wins, you get lots of money. 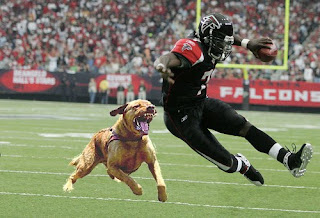 And yes, Glenn gets some money, too, but that's not the point. The point is that you get to enjoy some well-deserved entertainment watching defendant and defendant's counsel turn viciously on each other in open court as each accuses the other of irrationally refusing to settle prior to trying the case, a trial whose outcome had to have been known by both to be pre-ordained by virtue of plaintiff's counsel's invincibility---a matter of public record.

And Glenn doesn't just win; he thoroughly demoralizes the other side to the extent that most opposing lawyers---those, at least, who are not suddenly struck mute, deaf, and dumb by the shock and embarrassment of getting their clocks cleaned by a one-man shop from New Fucking Jersey, you must be shitting me--- give up their vastly overpaid white-shoe Manhattan partnerships permanently and move upstate to do sudoku puzzles and grow organic vegetables. I can say all this because I'm not a practicing lawyer, so the Bar Association Committee For Making Sure Nobody Ever Runs A Self-Serving Ad Even If It All Happens To Be True can just kiss my ass. (By the way, why would anyone hire a lawyer who's still who's still practicing? Hey, maybe that's your problem---you should have hired a lawyer who already knew how to do it right. Right? Like Glenn.)

"My lawyer blew it. That's why Glenn is my top dog now!"

Hey, by the way, you know the difference between Glenn and a pit bull?

A pit bull is a canine animal. Glenn is a lawyer who kicked every other lawyer's ass who ever dared to step into a courtroom with him. That's the difference.

Jimmy van Heusen has always been my favorite composer. Personality, co-written by van Heusen and lyricist/poet Johnny Burke and introduced by Dorothy Lamour in one of the Hope/Crosby Road movies, proved a perfect vehicle for this parody. I recorded it in 1998 at the request of the then-fiancee of investment guru Myron Scholes, who had been a professor of finance at the University of Chicago before he learned that Wall Street would actually pay him for being smart. If I remember correctly, her name was Francine. (note: Memory failed; her name was Jan, I've since been told.) She'd seen an article about me in the New York Times in which I'd mentioned that I had recently written a song about the Black/Scholes option pricing model. It was probably the first song ever written about the Black/Scholes option pricing model. She thought the song would make a nice wedding gift for a guy who had everything, including her. A few months later Scholes' hedge fund, Long Term Capital Management, blew up in public view, but I think Myron and Francine are still doing OK.)
Posted by Jeff at 1:10 PM

Written in the spring of 2007, just before Blackstone went public. Timing may not be everything, but it's enough.
Posted by Jeff at 1:09 PM

Remember what life was like 5 or 10 years B.G.? How did we check out our doctors-plumbers-lawyers back then? Anybody remember?
Here's a doctor story with a happy ending, so to speak, that takes place in the decade A.G. Or maybe it's a plumber story. You decide.

OK, Carly Simon wrote the original Godel song: "You're so vain, you probably think this song is about you." But after 30 years, it's worth another go. Sure, it would have been easy to throw in a line like "This song is not about Kurt Godel", but I don't do easy. So I went back to Jimmy van Heusen for the melody, and doctored the Sammy Cahn lyric (one of his better efforts, and that's saying something). No apologies necessary, as Sammy made a very good living doctoring other folks' lyrics. Like everything those guys wrote together, the rhymes were tight and memorable, so it's a perfect vehicle for a parody.
Posted by Jeff at 12:33 PM

Folks who don't focus on how fast the bits go
Israeli chips that eliminate Cisco
Making a mesh, getting rid of the rings
These are a few of his favorite things

When a resource
Is abundant
He won't waste his time
He'll look for a resource that's equally scarce
Then presto--A paradigm!

Full translation of the hebrew: Spread over us Your shelter of peace. Guide us with Your good counsel.

This song is taken from a hebrew prayer. I composed the musical setting and some ancillary english lyrics in 1998, and I was lucky enough to get my cantor at the time, Neil Blumofe, to sing it. Neil has since gone on to bigger and better things in Austin, Texas, where he now serves as Senior Rabbi of Congregation Agudas Achim (when he's not creating jazz-flavored cantorial works with people like Jason Marsalis at Horeb Records).

We Didn't Start With Fiber

Just The Other Side Of Tomorrow

I wrote this for my son when he was seven years old, right after I watched him catch a garter snake with his bare hands (he subsequently caught three or four more). Sappy? Maybe, but almost a decade later, I still feel the same.


All The Good Ones Are Taken

After I wrote this, I learned that Pam Tillis had a hit single called "All The Good Ones Are Gone". She was talking about men, I guess. I like my song better.

An ecumenical gospel tune? Why not? Glorify! took third place, gospel category, in a songwriting contest I entered a few years ago. I think I still have the sunglasses they sent me as a prize.

This song is taken from a hebrew prayer. I composed the musical setting and some ancillary english lyrics in 1998, and I was lucky enough to get my cantor at the time, Neil Blumofe, to sing it. Neil's moved on to bigger and better things in Austin, where he's still a cantor, and where he records original jazz-flavored sacred music for Horeb Records (www.horebrecords.com).

(Full translation of the hebrew: "Spread over us Your shelter of peace. Guide us with Your good counsel.")

Wrote this one for my wife a few anniversaries back (our eighth, so it was 13 years ago). She says she loves it even though it didn't come from Neiman Marcus.

(to the tune of "Wouldn't It Be Loverly")

All I want is a chip to read
Lots of packets at fiber speed
Performance---guaranteed!
Oh, wouldn't it be EZChip

Eli, Amir, Eyal and Guy
Make this stock such a screaming buy
Ask George---he'll tell you why
Oh wouldn't it be EZChip

Gordon Moore: The Man, The Law, The Song

Buy "What Do You Know, Kid?", Jeff's Groundbreaking Educational Jazz Album For Kids Of All Ages!